Blackjack is one of the most popular games played in casinos, both offline and online. It is one such game which offers the most lucrative ways of enjoying gambling online. However, a beginner can easily fall for the traps, and hence can also lose their chances of winning. That said, a beginner should be well-aware of a few tips and tricks to make the most of this online game.

In addition to it, they should also know a few common mistakes that people usually make, and should try to avoid them completely. Though online gambling is still illegal in most parts of the country, people are adapting to the trend increasingly with each passing day. When you play casino online, you are often overwhelmed with the number of game choices you have.

Among all the games played in online casinos, Blackjack maintains the top position and is undoubtedly the most played game online. If you want to enjoy a live blackjack game, choose the best gaming site to earn high profits.

There are several reasons behind its popularity, the major ones being that a player can increase their chances of winning, if they know a few tips and tricks. That said, it is critical to know what to do and what not to do while playing blackjack online, to make the most of your game.

Always Play Against The Cards That You Have:

Blackjack is an online casino game, in which a player always makes moves against the dealer, and they don’t play against themselves. That said, you should not concentrate only on the numbers, instead, you should also consider your cards against the card that your dealer has. It means that by considering the cards that you have, and the ones that your dealer may have, you know their chances of winning better. This will help you make better decisions.

Don’t Assume That The Dealer Has 10:

This is one of the most common mistakes that players usually make while playing blackjack online. It works as a substitute strategy for people who don’t want to learn everything about the game. However, this carelessness may cost you several points on the total payback percentage on an average.

This popular belief when it comes to online blackjack can be proved wrong easily with the help of some basic maths. A deck has a total of 52 cards, and out of these, 16 cards have the blackjack value of 10.

With some quick division, you will know that the chances of a card having the value as 10 is almost less than one in three. This means that the theory that the dealer has a 10 every time, is not true.

Players Not Knowing the Basics and Avoiding Logical Game Decisions:

Before you start with the online Blackjack game, you need to know more about making some basic choices to increase the chances of winning. You should have an understanding of a few basic things like the game strategies, which are fundamental. It also enables the players to succeed at the blackjack tables.

Some of the basic strategies that every player should know includes, hit if you have the soft 18 in your hand, and don’t make the mistake of splitting the players of 10s.

Playing the Game Only with the Objective of Short-Term Wins:

The main idea behind enjoying the game of blackjack is that the players should not only focus on winning the rounds, instead they should try to lose as little as possible so that they save more of their bankroll. That said, play the game for a long time so that your chances of getting a profitable hand increases.

Trying To Count the Number of Cards:

Real life casinos and online casinos have different sets of rules, and some of the rules are based on counting the cards. While playing blackjack in a land based casino, the players have access only to a limited number of hands. They usually deal with around four to six decks and also shuffle for every round. That said, the decision of counting cards is just not the correct approach.

Not Splitting the Aces:

Aces are considered weak in the game of Blackjack and hence players make a mistake by not splitting them. When such cards are split, the players get fantastic hands with splitted cards since they have the potential of two cards now. Also, the player enjoys a probability of almost 30.7% of drawing a card with the value of 10, hence creating a blackjack. Having some other cards enhances the chances of winning and they have the opportunity of using hot fiery hands to hit the dealer hard.

Accepting the Bets That Have Insurance:

A bet with insurance is not a good bet, and most of the blackjack players already know this. Half or the actual stake can be taken as a side bet if an Ace is drawn by the dealer. The player loses their original bet, if there is a blackjack with the dealer. Moreover, because the chances of drawing a blackjack during the game is almost 31% the side-bet goes waste most of the time.

Moreover, several players are addicted to the side-bet known as Even Money. This is a type of the Insurance bet in which an Ace is drawn by the dealer, whereas the player holds a Blackjack. In such a case, a payout ratio of 1:1 is agreed by the player. If a blackjack is drawn by both the dealer and the player, then the payout ratio will be 2/1.

It is worth noting that the payouts of the side bets will not add up much in the long run and such bets are not good.

We hope that by now, you must have understood about the common mistakes that people usually make while playing Blackjack online, and that they should avoid. By staying steer clear from making mistakes, the chances of winning increases and they earn long-term profits. Always use the best strategies to make the most of the bets placed. 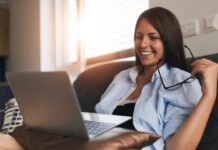 4 Best Miami Lifestyle Platforms and Blogs To Follow in 2021 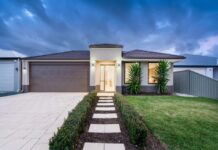